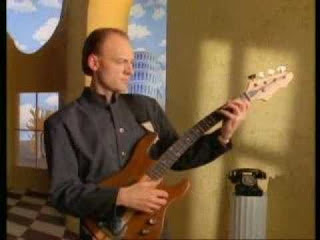 As we're back into lockdown (not that I was ever going to do anything spectacular on a Wednesday night anyway), I thought I'd try something a little different. I hope you like it, and if so, I might repeat the trick until it becomes boring for both myself and you, dear reader.

Thanks to science, we now know that popular music has existed since at least 1967, and possibly even further back than that. What we do know is that, since then, we as a species have made up for lost time by banging drums, twanging guitars and hollering into microphones to try to please each other with cool sounds and pleasant vibes.

Another imperative that humanity follows is a yen for organising; the biggest, the quickest, the longest - and the best. As a seasoned music listener of many years standing, I feel there are few people on this planet better placed than myself to make the final judgement on 'best song ever'. My friends, it is my honour and privilege to inform you that the greatest piece of music to flow from the hands and minds of this race is...

And yet, despite Squeeze being the definitive authors and performers of a song called 'Hourglass', Spotify reveals oodles of contenders, all with their own 'Hourglass' song. Thusly, I have decided to review the top ten 'Hourglass' tracks on Spotify, and in a Swinetunes first, actually score out of ten. Here goes!

Artist: Squeeze
Song: 'Hourglass'
Not only the best song about possibly drowning a puppy, but it narrowly edges out Boney M's 'Rasputin' as the apogee of musical genius. This is what Phil Collins wished he wrote when he came up with second-rate pabulum 'In The Air Tonight', which is of course about watching a man drown and doing nothing to help. 10/10

Artist: Catfish and the Bottlemen
Song: 'Hourglass'
More heavy breathing and out-of-tune acoustic guitar than I'd ideally like. The dude singing sounds like a real dweeb and this is boring as fuck. Cold, mushy baby food music. Too much bleating about missing someone, quite frankly, and zero references to potentially drowning a puppy or a man. 2/10

Artist: Lamb of God
Song: 'Hourglass'
Holy shit, I remember these guys absolutely tearing it up at my student union. This one's from 2004, so there's every chance that I brang the ruckus in the pit to this particular 'Hourglass'. Much better than the simpering Catfish et al., because this is full of slamming riffs and head-snapping tempo changes. Frontman Randy Blythe also killed a guy by accident, which is one-up on Phil Collins, who simply watched a man drown. 8/10

Artist: S U R V I V E
Song: 'Hourglass'
No, I'm definitely not typing that name out again. This is a (mostly) instrumental synthwave track with a tense, nervy undertone to it. Great music if you're sweating over Nikkei movements on your pager or whatever people got up to back in the day. Actually pretty cool, drop this in between Skinny Puppy and Killing Miranda at your local goth night, grim good times guaranteed. 7/10

Artist: A Perfect Circle
Song: 'Hourglass'
I have dim memories of listening to A Perfect Circle back in the day - I guess it's the band you whacked on if TooL were proving a bit too intense? Anyway, this sounds terrible. It's just fundamentally shit in so many ways, like the worst bits of Depeche Mode, Clutch and Porcupine Tree being played through the speaker of a 56k dial-up modem. 3/10

Artist: Mammal Hands
Song: 'Hourglass'
Initially comes across like the soundtrack to a British Airways business class lounge advert, it at least has the good grace to transform into a more interesting piece of music about two minutes in. It just isn't unhinged enough for my palate; one is just waiting for the saxophonist to go full-King Crimson, but even at its flightiest there's still too much taste and restraint. I'd watch these guys at Love Supreme, though. 5/10

Artist: Disclosure, LION BABE
Song: 'Hourglass'
Deep house really isn't my thing, but as far as I can tell this is a pretty good R&B-influenced joint. This would be a lot of fun whomping out of a bass sub in your car boot whilst you cruise around the shitty market town you've called home your entire worthless life. 5/10

Artist: Rodrigo Amarante
Song: 'Hourglass'
Do you remember that song 'Your Woman' by White Room? That's what this 'Hourglass' reminds me of, except it substitutes that nice vintage horn hook for a wonky old synth sound. Regardless, I'm rather taken with this, it packs in a whole host on neat musical tricks and your man sounds like the singer of the Narcos theme song. 8/10 [Edit: it is the guy who sings 'Tuyo' from Narcos!]

Artist: Motionless In White
Song: 'Hourglass'
This is metalcore, aye? Fine. Production wise, I can only assume whomever helmed the desk just loathes music with a passion, as there's simply no excuse for this sonic hodgepodge. There are more effects slathered on the vocals than on David Lee Roth's 'Skyscraper'. Any pretence towards aggression are undercut by the chucklehead keyboards that sound like they were surgically grafted from the Damned when they thought they were goths. 2/10

Artist: Set It Off
Song: 'Hourglass'
"Is-tan-bul - Con-stan-tin-ople!" Ballsy move to start off a track with that melody - in this economy. What a strange duck this track is; it's got a giddy, queasy feeling to it in places, coming on like a cyberpunk Ricky Martin. Trust me, that's good! It's just a shame that the big chorus hook aims for, and almost achieves, the bland catchiness of a mid-90s boy band banger. Ah well - an attempt was made. 6/10

And there you have it. The most listened to 'Hourglass' on Spotify, that of Squeeze fame, is, perhaps not coincidentally, also the best. It easily crushes its opposition through its jubilant horn riffs, cod-funk guitars and chanted, percussive choruses. My advice to any musician looking to write a tune called 'Hourglass' is this - don't. You'll only draw negative attention to yourself on blogs like this, read by tens of people (hi Mum!).