The Kick Inside - Kate Bush 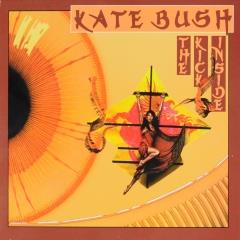 Provenance: Ever since I was young I loved 'Wuthering Heights'. My parents had it on a CD compilation of 1970s hits, and along with cuts by ELO, CCS and the Tom Robinson Band, I would play 'Wuthering Heights' incessantly. Even at a tender age I could detect there was something a bit off-kilter about it.

Did I get The Kick Inside before I went to university? Odds are that I did, because our student bar had a video juke box containing about three songs (seemingly), one of which was 'Wuthering Heights'. It was on all the time, and began to drive me nuts. However, I did make a friend through a shared appreciation of Kate Bush, and I was able to introduce her work to a housemate who became an ardent fan.

Anyway, it was a bit of an anomalous purchase for me around that time, as I was busy having my brain smashed to cottage cheese by the likes of Judas Priest and Dio.

Review: A perfect album. I can't fault it. The worst thing you can do if you're not already familiar with The Kick Inside is to stop reading this bilge and give it a play. Nothing I can say can do this magical platter justice. Even when reviewing the most workmanlike collection I am nagged by the sense that writing about music is akin to dancing about architecture, a suspicion only heightened by playing through this album.

What could one possibly object to? I've been met with naysayers in the past who don't like the high register Bush sings in throughout much of The Kick Inside. I find this to be one of the most appealing aspects of Bush's execution here, however; the sheer ease with which she soars up to the most dizzying heights only serves to bolster an overall sense of ethereality. Here is a voice that celebrates the sensual, the weird and the uncanny elements of life with an almost explosive joy. It's the same breezy virtuosity one feels that they see in sporting performances like those of Simone Biles or Ronaldinho, when the seemingly impossible is delivered with all the thrust and playfulness of a person revelling in their own ability.

Oh, I also think the saxophone sounds a bit blatty and high in the mix on 'The Saxophone Song'. That's all.

How, though, can you gainsay the quality evident in the floaty, woozy opener 'Moving' (dedicated to Bush's dance teacher, the late Lindsay Kemp), and the herky-jerky carnival ride that is 'Kite'? How does one wrap their head around the fact that Bush wrote 'The Man with the Child In His Eyes', an achingly beautiful song pregnant with quiet mystery, at the age of thirteen? Without wishing to dwell on age too much, it's worth remembering that Bush hadn't even reached twenty when The Kick Inside was released. I barely knew how to put two chords together at that age; meanwhile, Bush was creating miniature masterpieces and name-checking freakin' Gurdjieff.

One aspect of The Kick Inside that might put off some listeners is that it's a very self-contained universe. Which doesn't mean that it leaves no room for interpretation; Bush's allusiveness and readiness with esoteric subjects compels the listener to fill in the gaps. However, everything feels like it exists within the world of this album, and has little relationship with a tangible world of things. In much the same way that HP Lovecraft's or Emily Dickinson's writing seemed a step or two away from regular human experience, so Bush sounds like she's singing into existence a Neverland realm. Personally, I find this aspect of Bush's work utterly addictive, but I can see how it may also seem obtuse.

Another thing; this is definitely music for the head, and not for the hips. In fact, the only people who can dance to the music on The Kick Inside are drunk goth girls and Kate Bush herself. Stylistically, it shares with Carole King's Tapestry (another triumph, incidentally) both earnestness and intimacy, and if you strip away some of the more maximalist flourishes of Bush's work, a solid piano-led pop sensibility; but where King's articulated experiences are somewhat more earthbound and recognisable, Bush zags towards cerebral and arcane subjects. What of this pop-sensibility? It's probably closer to the baroque pop of a band like the Zombies, and a dash proggier by my reckoning, but Bush's keen ear for a quirky - but catchy - melody results in an album laden with vocal hooks. A favourite of mine are Bush's interpolations in the chorus of 'Oh To Be In Love', which skims over the top of the music in a way reminiscent of Ry Cooder's sublime guitar work on Captain Beefheart's 'Abba Zabba'.

I don't have much else to say. Just buy this, or virtually any of Bush's other albums, because even when the quality is uneven, there's something interesting there. But first, do yourself a favour; dim the lights, light some candles, run a bath, bust out that family-size mint Aero you've been saving and soundtrack your self-care with The Kick Inside.
Posted by AC at 08:45