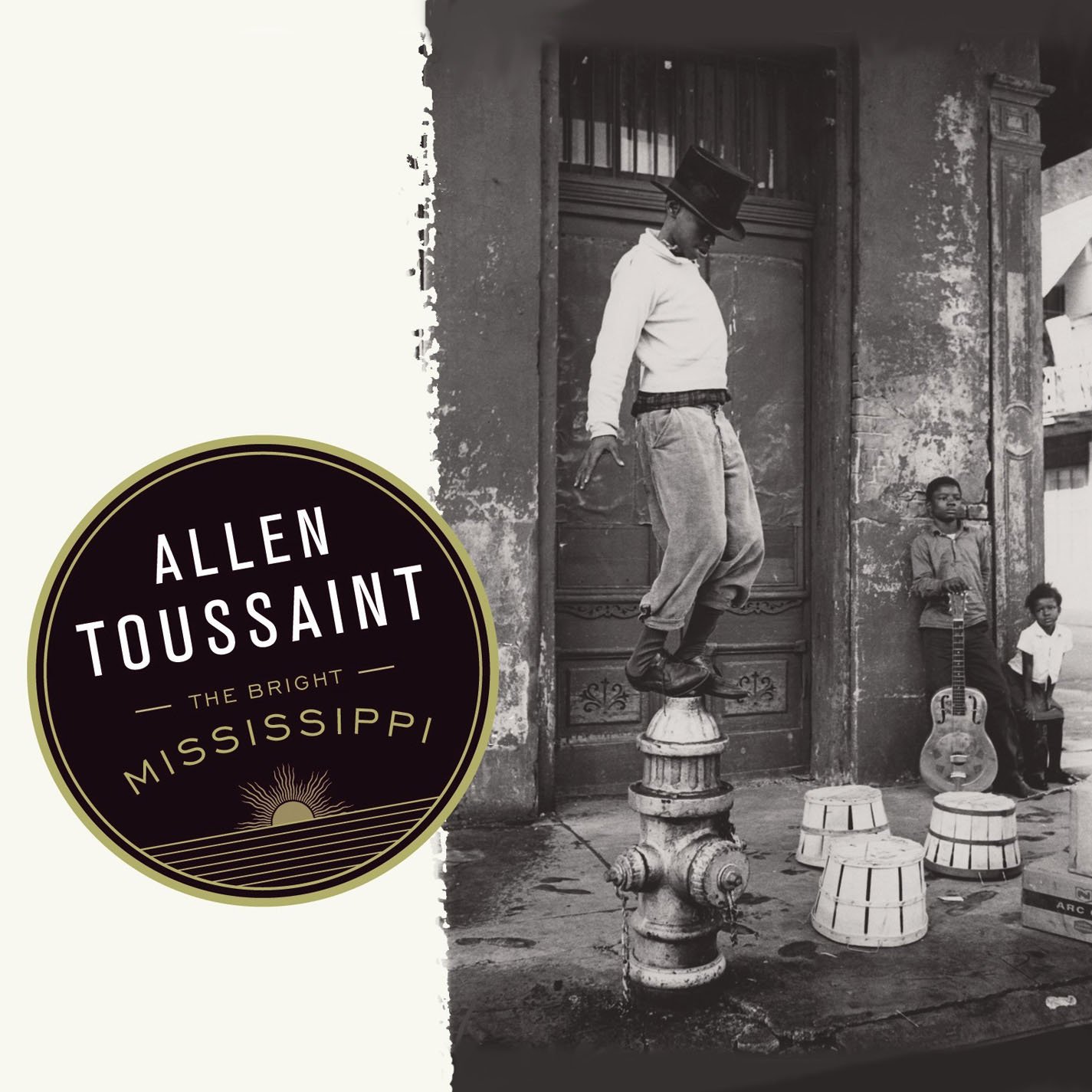 Provenance: There's three things I am sure of in life; I want my coke to be diet, my football to be catenaccio, and my piano players to come from New Orleans. Just take a look at some of the luminaries to come from the Crescent City - Dr John, Professor Longhair, James Booker, Fats Domino and Allen Toussaint.

When I was in New Orleans (my favourite American city - and the least American city?) I was fortunate enough to catch the Preservation Hall Jazz Band, playing the trad stuff unamplified in a small room. It's rare, I think, to see musicians of that calibre performing without any kind of PA in such an intimate venue; and from the moment they kicked into 'Sheik of Araby' I was captivated.

When I heard that Allen Toussaint had decided to make a jazz album that honoured the legacy of New Orleans I didn't need any more encouragement to go out and buy it.

It genuinely feels like a privilege to hear the ensemble of crack musicians Toussaint gathered for this album to perform with such casual virtuosity. What could have been a tired jog through a clutch of musty old standards instead feels like a vital, ebullient celebration of a city and the music to which it is umbilically linked. It's both remarkable that The Bright Mississippi took a mere four days to record, and yet totally believable, as the sound is so organic that one imagines the band all set up in the room together, running through two or three takes and picking the best of the bunch. If there are overdubs to the live sound, my guess is that they are minimal.

From the very first bar of Sidney Bechet's 'Egyptian Fantasy' one can sense magic swirling around, but for me the album really moves into the realms of the sublime during 'St James Infirmary', a song I've heard many different times in various iterations but rarely does it reach such a degree of majesty as it does here. From then on, everything is immaculate - whether it's a sleepy-eyed rendition of 'Winin' Boy Blues' from jazz's ur-pianist Jelly Roll Morton, an iridescent 'Day Dream' (Duke Ellington) or my personal highlight, a languid interpretation of Django Reinhardt's already wonderful 'Blue Drag'. It might even top any version I've ever heard played by the Belgian master.

Every performer on The Bright Mississippi acquits themselves superbly, though I feel special mention should go to both trumpeter Nicholas Payton and clarinettist Don Byron. The contributions they make to each song on which they feature elevate each piece, with Payton playing some especially imaginative solos. However, the name on the CD is Allen Toussaint, and so it's only fair to pay attention to what he's playing.

Fortunately, Toussaint rises to the occasion splendidly. His playing is light and supple, hands moving across the keyboard with the twinkling grace of Fred Astaire in motion. Toussaint rarely elects to bang out big meaty solos, instead accenting his stylish playing with clusters of dancing notes, little trilling figures that complement the more sinuous sounds of the trumpet and liquorice stick (check me out using that hepcat jazz lingo, daddy-o). However, for all his panache Toussaint is also a two-fisted New Orleans piano player, and that generous, wide-open easy-rolling blues sound is given voice on King Oliver's 'West End Blues' and the traditional number 'Just A Closer Walk With Thee'; and I wouldn't want it any other way.

In every sense The Bright Mississippi is a triumph. The sound is such that it almost feels tactile - can you taste that thick Gulf air on your tongue as you luxuriate in the music? Do your eyes prick at a hint of cayenne pepper and onion? It is, of course, illusory; the jumbled symptoms of an imagination stirred by aural stimuli. But goodness me, what stimuli! I find in such situations that it's best just to sit back, pour a measure of something expensive and laissez le bon temps rouler.
Posted by AC at 14:17