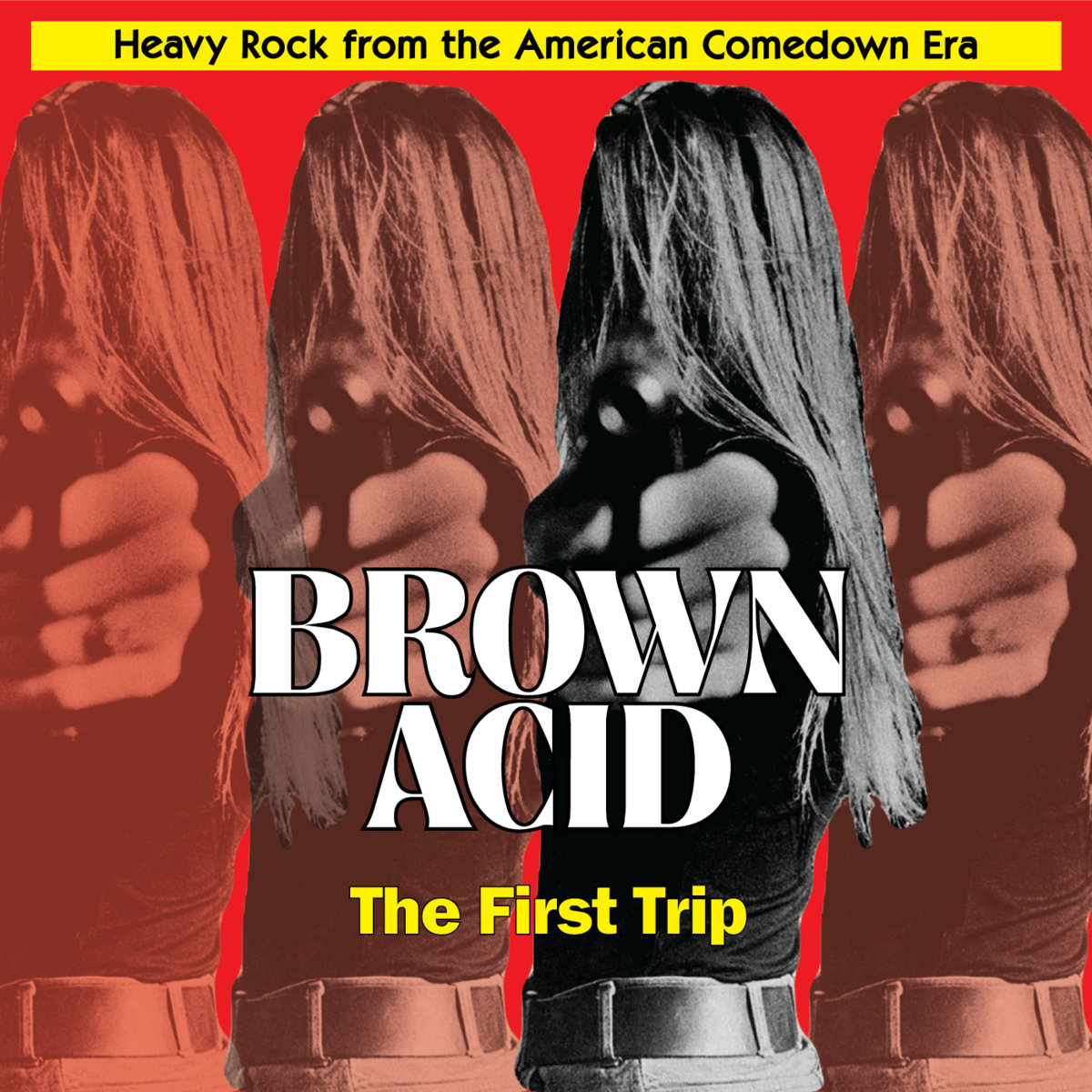 Provenance: I can't quite remember where I read about this collection, but the concept behind it intrigued me: once the Summer of Love had petered out into paranoia and ennui, darker, bleaker sounds started to permeate the counter-culture. The rise of bands like Blue Cheer, Steppenwolf and Iron Butterfly in the USA (and Deep Purple, Black Sabbath in the UK) heralded a turn inwards; pain, confusion and angst bubbled away under thick slabs of Hammond organ and fuzzed-up bass. As you can imagine, most of this was very cool.

However, not every band was destined to enjoy the success of the aforementioned artists. Hell, many didn't even get to release a full-length album (though Night Sun did, and that's some shit you need to check out). It doesn't necessarily mean they sucked, however.

As somebody who is well, well into the original Nuggets compilation (the greatest ever compilation album?) I am the perfect rube for a collection of obscurities from the hard rock / heavy psych scene. Fortunately, the good folk at RidingEasy Records have got me covered with their lovingly curated Brown Acid series. Not only do I get to listen to bands with hip names like Raw Meat, Bacchus, Snow and Josefus, but the label ensure that all the artists featured get paid for their efforts. I'm all for fair-trade downer rock 'n' roll. I got the first four instalments for Christmas last year, so without further ado let's take the first trip together...

Review: I think the highest compliment that can be paid to Brown Acid: the First Trip is that each and every track has made me want to crank my amp, plug in my wah and wail away with pentatonic abandon. As the liner notes state, some of the cuts here are not much more than demo recording quality, but Steely Dan aside, since when has perfection begat true genius?

That's why I'd rather listen to the slightly out-of-tune stun guitar on Snow's 'Sunflower' pummelling my ears into submission than the pabulum served up on top forty radio. I can't be sure as I wasn't there, but songs of this ilk sound like they were played by people who gave two damns about rocking out, or perhaps just wanted to impress the local girls; either way, two noble ambitions.

There's no little ability here either, though if I was going to try making comparisons with better-known artists, I'd be hard-pressed to veer from Uriah Heep. In a good way, most every band on Brown Acid I sounds like Uriah fucking Heep. If David Byron sang on Zebra's 'Wasted' and you told me it was Uriah Heep, I would've believed you. I guess some songs sound like early Edgar Broughton Band, and Bob Goodsite's quirky instrumental 'Faze 1' could be a funky Groundhogs album cut, but listen; if you like bell-bottoms, Les Pauls, the Open Mind's 'Magic Potion', patchouli and lava lamps, absolutely nothing on this collection is going to disappoint you. Absolutely nothing.

Still, me being the contrarian I am, the cut that really stands out for me is the most atypical of the bunch. Fizzing with the kind of upbeat groove that powered Edgar Winter's 'Free Ride', Texan band Josefus' 'Hard Luck' is perfect road trip fodder. A significant element of the pure enjoyment this song engenders comes from the hyperactive, elastic vocal performance by Pete Bailey. It's difficult to describe, but if you can imagine if Arthur Brown (he of 'Fire' fame) was born west of the Mississippi you'd be in the right ballpark. Approximately.

If any of what I've written has sparked an interest I'd urge you to head on over to RidingEasy and drop some notes on Brown Acid: the First Trip. For that matter, just in case I don't get around to reviewing the subsequent albums in this series, I can recommend trips one through four. Whether it's the bludgeon of Zekes' 'Box', the witchiness of Lenny Drake's lo-fi swamp-psych 'Love Eyes (Cast Your Spell On Me') or the Todd's (great name) lysergic tub-thumper 'Mystifying Me', there's something for all the family!
Posted by AC at 11:29