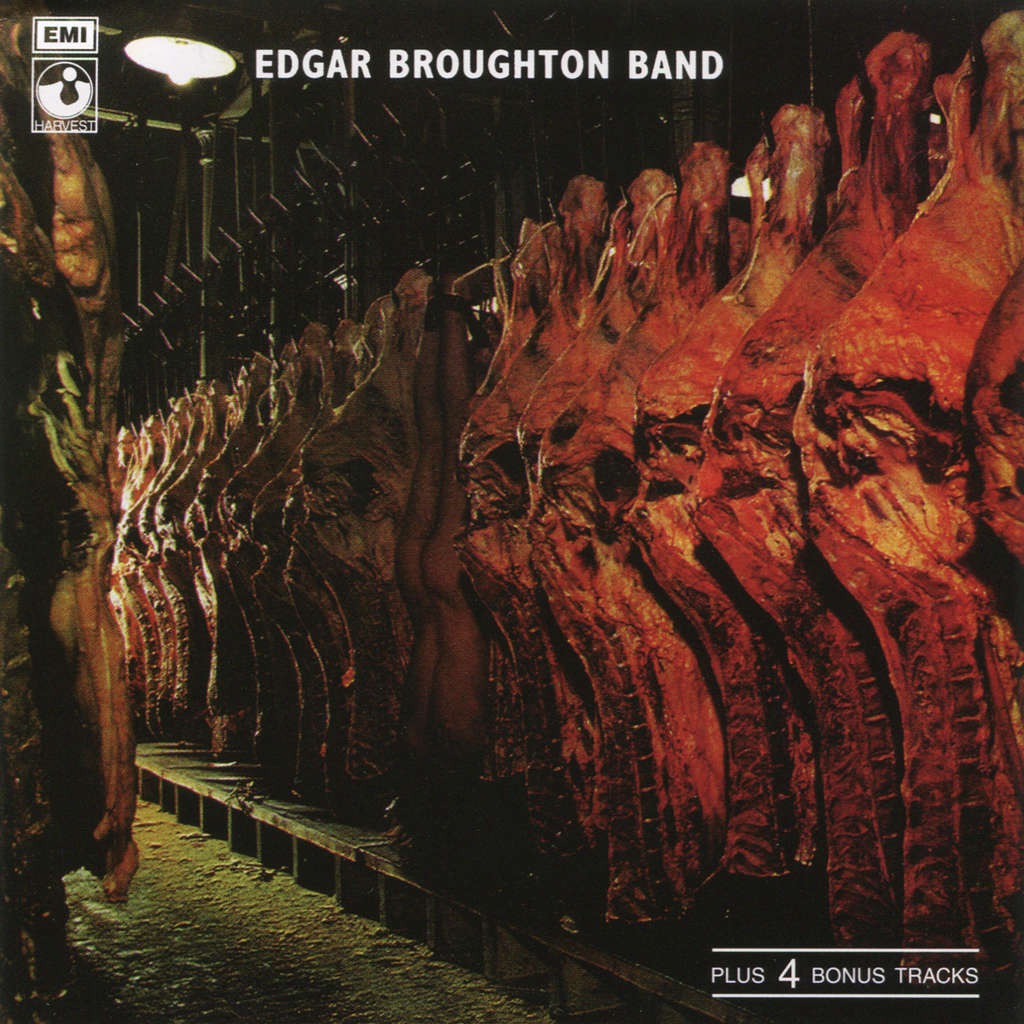 Provenance: I'm reasonably conscious of the fact that to make points about music I often grab at comparisons. It's cheap and easy, but it relies on the reader knowing something of the artists I use as comparators. I've oft seen this technique used as a form of one-upmanship, a chance to preen with a display of obscurantism designed to dazzle the poor reader.

Anyway, I saw these guys raving it up in a BBC4 documentary on psychedelia so I bought what looked to be their most promising album. This is it, and I'm now going to review it, so next time I say "this sounds like the Edgar Broughton Band" you can scratch your chin and say "yes, of course" to yourself and feel a whole lot better.

(By the way, earlier in the week I was in a record store with a friend when a vaguely familiar song came on. "That", I started to chirp like the unthinking automaton I am rapidly turning into, "sounds like the Alan Parsons Project". It was Pink Floyd. Again, to defend myself, I'm pretty sure Alan Parsons was the engineer on the track in question.)

Review: I am always up for a good psych band, and the best I've witnessed in a long time was Kikagaku Moyo. What made them stand out from the other acts on the bill was their discipline. Whilst their support were content to meander pleasantly in the realms of sub-Hawkwind space rock, Kikagaku Moyo took a mentality of the cold-blooded killer to their music. That's not to say it couldn't be gentle or affecting, but there was no flab, no excess and they could turn on a sixpence when required. This aspect to their performance was almost as impressive as the music itself.

Likewise, there is little that's too loose on Edgar Broughton Band, and certainly compared to their lysergic-powered contemporaries there is precious little dicking about. Live, apparently, it was a different story, but by and large the temptation to wig out is reigned in. As an individual who finds the Grateful Dead and those interminable fucking 'Mountain Jam' tracks on the Allman Brothers' Eat A Peach albums the very antithesis of good music, this is most welcome indeed. (NB - I like it when good musicians stretch out; there's plenty in jazz, a good few electric blues artists who understand the push 'n' pull dynamics of tension, and I will defend Hawkwind to the hilt; but the prospect of Led Zeppelin 'jamming' a track for half an hour gives me happy thoughts about cyanide pills.)

It's probably a major dysfunction of mine that I'm mildly surprised every time at how much of a country influence is evident on what would have been side one of Edgar Broughton Band. There's a fair amount of acoustic instrumentation scattered throughout, and even some rather cornpone harmonica (though it is very enjoyable, I confess, I confess!). To undercut the rootsiness, there's also a sense of darkness seething throughout; 'Poppy' sounds like a druggy, pin-eyed 'Brother, Can You Spare a Dime?' and 'The Birth' is an unnerving slice of goggly hysteria.

The standout, however, is the majestic 'Evening Over Rooftops', which begins in a quietly unsettling way and builds and builds to a wild, swirling crescendo. The best aspect of 'Evening Over Rooftops' are the lyrics, which manage to be surreal and terrifying at the same time. I think what seizes me each time I hear 'Evening Over Rooftops' is that I can't recall another rock song with such an unsteadying lyric; it's like the most deathly of Anna Akhmatova's poems set to a kind of symphonic armageddon. Intriguingly, the backing singers on 'Evening...' are the Ladybirds, most notable for their frequent appearances on The Benny Hill Show.

Side two drops off a little bit, and although there's nothing here I actively dislike, 'Madhatter' grates a little with its rinky-dink Syd Barrett affectations. Still, there's more than enough to hold the attention - 'House of Turnabout' ducks and weaves nicely, 'Getting Hard/What Is a Woman For?' is another fantastic slowburn track with suitably bonkers vocal (points off for the horrible, horrible title though) and 'Thinking Of You' is a chilling, spiky cut of Brit folk (featuring Mike Oldfield on mandolin!), coming across like a dead-eyed Incredible String Band, or a twisted Planxty (minus the Irish brogue). Edgar Broughton's singing merits a mention, because it's hard and tough most of the time, and at times he genuinely evokes Till Lindemann of Rammstein fame.

Okay, so the album ends on a bit of a crawl with the surprisingly schmaltzy sounding 'For Doctor Spock', but its saved by its elliptical lyric featuring babies going on strike (the Dr Spock of the title being Benjamin Spock, the famous parenting guru), resonating with the environmental concerns that flit in and out of Edgar Broughton Band's music. Overall, it's a weird, disconcerting and varied journey through a bingo hall of early 1970s Brit psych, but rewarding for the sojourner. Rewarding? Bloody brilliant. Also, the bonus tracks on my CD are cool, which is never a given on these reissues, standout number 'Call Me A Liar' hitting a real groove.
Posted by AC at 05:28