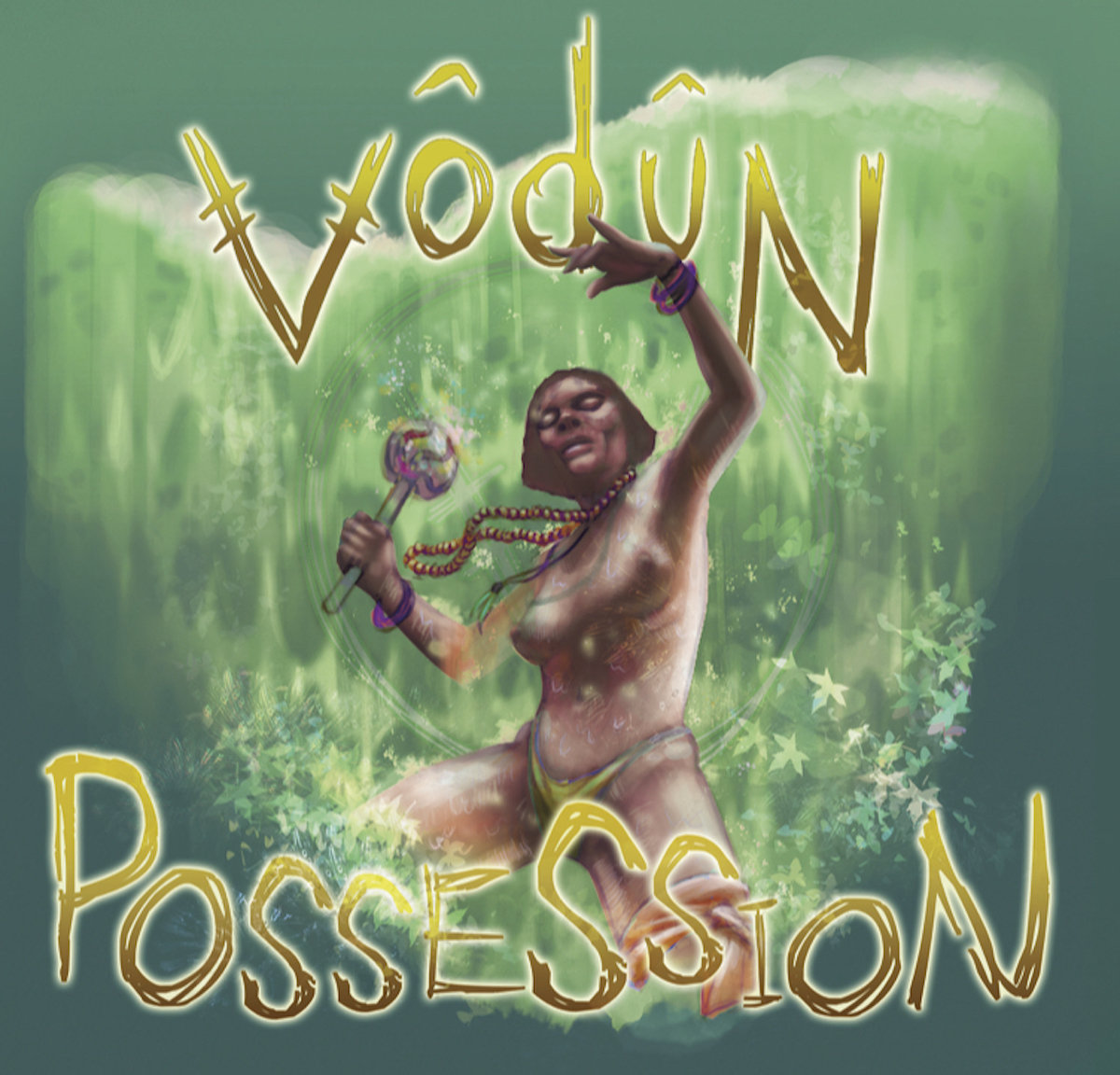 Provenance: As is too often the case I place my trust in the hacks at Classic Rock magazine to inform my new music purchases. Not only did they give Possession a glowing review, they also made it out to be the antithesis of the meat 'n' potatoes rock that I've rather fallen out of love with.

So I bought the album, gave it one listen and was airily dismissive about it on Twitter. The sole response was a chastening reminder to me that I was actually talking about the creative endeavours of real human beings, as Vodun's drummer replied and, with more grace than I could ever muster, encouraged me to listen again.

I did. And a year later apologised, because I was wrong. Now, my memory isn't so spectacular that I was able to dredge a snotty tweet out of cold storage; the prompt came because I caught Vodun supporting Uncle Acid & the Deadbeats and they were mind-bending in the best way imaginable. I felt like I'd been assaulted by the time they left the stage. Vodun's second album Ascend is now out, so it feels like a good time to go back and appraise their first effort properly.

Review: The first time I listened to Can't Buy a Thrill by Steely Dan I was nonplussed. A couple of promising tracks here and there. Gerry Rafferty's City To City was, 'Baker Street' aside, not much to write home about either. I played ZZ Top's La Futura maybe twice before consigning it to the collection for eighteen months because it didn't have the immediacy of Tres Hombres or Eliminator.

Of course, Steely Dan are now part of my Holy Trinity, City To City is probably a top ten of all time album, and I think La Futura is ZZ Top's best since the aforementioned Tres Hombres. Which begs the question as to why I felt so confident proclaiming Vodun's debut to be neither here nor there? (Answer: because I am a wretch and a fool).

Still, how did I fuck up so spectacularly in the instance of Possession? The only excuse I can muster is that perhaps I wasn't in the right frame of mind, because this ain't your uncle's Afro-doom stoner metal album. Like all the best records, Possession demands concentration and rewards the listener when it is given.

Firstly, and least interestingly, the musicianship is top notch. It seems churlish in a three-piece to highlight two standout performers but I'm going to do it anyway; Ogoun lays down some of the most interesting drumming I've heard on a rock release in many years, and Oya is a terrifying vocalist. Live, these two are so overwhelming as to be destructive but it's on record where you can fully appreciate their nimbleness and dexterity. Ogoun is a powerhouse drummer, but much of the juice in Possession comes from the shuffling time-signatures and intricacy of her work. Integrating West African percussion within a metal framework is a potentially dicey affair, and could've sounded awkward or contrived. Instead, at its best, the fusion is hypnotic.

Certainly, what's more interesting is the mood this album conjures up. It's an unapologetic celebration of vodun cosmology, and why not? There are plenty of Christrian rock albums out there and a not insignificant number devoted to our Shining Lord Satan. I recall being very impressed when a school friend showed me a Hare Krishna album he'd been given on the street by a devotee (it sounded like a cross between Hawkwind and the Ozric Tentacles, i.e. per expectations). I have no more than a glib understanding of Haitian vodou or West African vodun so I fully expect not to grasp every resonance or nuance of this work. Nonetheless, this devotional centre gives Possession a concentration and unity that I feel all the best collections have.

It's hard to define what I mean; an album doesn't have to be overtly conceptional in execution, nor do the individual tracks need to be formally uniform. I used 'mood' in the first sentence of the preceding paragraph, and that's a close approximation. 'Character' or 'personality' might also be applicable, but neither strictly nor in their entireties. Whatever it is, Possession has it, like John Martyn's Solid Air or Nick Drake's Pink Moon, or even Acid Bath's When the Kite String Pops. It has a core, a power, a sense of purpose and a hint of mystery to it, all wrapped up in a heady blend of styles and spirituality.

I can't wait to hear Ascend - I can only hope I'm able to be a tad more mindful when I first give it a spin. Oh yeah, and go see Vodun if they play nearby, they are outrageously good live.
Posted by AC at 10:11