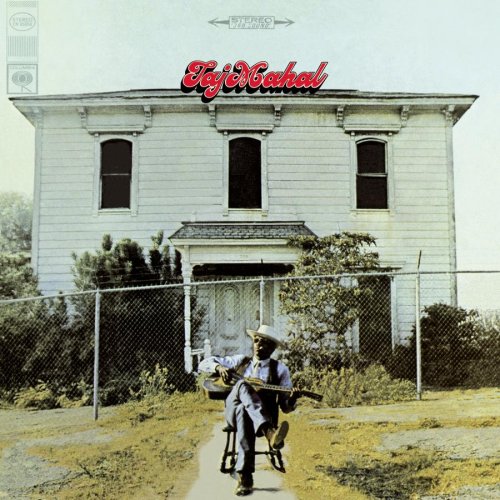 Provenance: From the moment I picked up a guitar I was interested in the blues. When it came to learning riffs or copping licks, the pentatonic scale seemed to be all-pervasive, looming as it does to this day over a century's worth of popular music. For a while, I was just all about cats like Stevie Ray Vaughan, guys who could shift around the fretboard. Yet even then I was dimly aware of names like BB King, Muddy Waters, Howlin' Wolf, Robert Johnson. These days each one, coming from different times, places and styles of the blues as they do, sound utterly distinctive - but at the time they were old blues guys.

So whilst learning 'Pride and Joy' and 'Crossfire', I was delving backwards and finding some awesome, overpowering stuff. Mississippi John Hurt and Blind Willie McTell became favourites, as did Clarence 'Gatemouth' Brown (whose birthday, I distinctly recall, was marked on a Simpsons calendar our family once had), Son House, Fred McDowell, Pinetop Perkins, Sonny Terry and Brownie McGhee, and of course the incredible Lightnin' Hopkins. Man, you can put 'Lonesome Dog Blues' on right now and I'll still reflexively crack a grin at Lightnin's "po' dog" aside during the first verse.

Later on at university my housemate Ben and I devoured the Martin Scorsese-produced series of documentaries on blues music and that's when I first encountered Taj Mahal. Later, for my birthday, Ben bought me the Taj Mahal 'best of' that accompanied the series and I was away. That was it - I was a Taj Mahal guy from then on.

Now, my partner credits me with hepping my father-in-law to Taj Mahal - which is cool, because if I did, I'm indirectly response for the fact that he's now writing a biography of the man. Coming full circle, it was thanks to him that I was able to go backstage after Taj's show in London last year. He's a man who, I suspect, meets scores of people every night on the road, but he took one look at me and already knew my name, who I was and my backstory. I, a fairly insignificant cog in the grand scheme of things, was impressed, surprised and humbled. We had a good chat, incidentally, about Cool John Ferguson, who is another guy you need to check out. Oh, and at the same time I also met a true broadcasting hero of mine, Dotun Adebayo (he was a prince, by the way, making a mockery of the adage that one should never meet one's idols).

Review: This is where it all began - almost. Here is Taj Mahal, taking his first solo strides after playing with the Rising Sons (who also featured Ry Cooder and future Spirit drummer Ed Cassidy), with a self-titled straight shot of the blues. At a shade over half an hour it's a tight little collection but across the eight tracks Mahal roams around the blues landscape, executing everything from electrified rock to gutbucket country. With a crack band featuring his erstwhile Rising Sons colleagues, it's every bit as impressive as it is eclectic.

Dig this, too - the opening harmonica trill on 'Leaving Trunk' is lodged firmly in my top five ways to start an album. It's startling and joyous, acting almost as a heraldic fanfare or a clarion call to arms, before locking in with a funky, choppy rhythm that causes one's thighs to twitch involuntarily. All this and Mahal hasn't even started shouting the blues in a voice that contains all the grime and passion you could ask for. Yes, yes, yes.

One thing that I have omitted to suggest so far is this album's importance. I genuinely think that without Taj Mahal and a few other American electric blues releases of the era, the renaissance the genre enjoyed in the 1980s wouldn't have happened. Here was an African-American artist contemporaneous with the Rolling Stones, Canned Heat and the rest, creating music at once so recognisable yet so vital as to be quietly revolutionary. Despite the fact that almost every song is a cover Mahal's arrangements sound fresh, injecting fire into the veins of hoary old favourites such as 'Dust My Broom' and 'Statesboro Blues' (NB: the latter is excellent but, alas, my third-favourite rendition of the song; the best being by Blind Willie McTell and the runner-up emanating from the Rising Sons, whose clattery breakneck version is a revelation).

I suppose that's the genius of Taj Mahal - it straddles old and new without ever seeming to compromise or accommodate. There are no swirling Hammond organs or phased drums here - you've got drums, bass, guitar, harmonica, piano; we could be talking the same kind of setup that Muddy Waters was using when storming the clubs and cutting heads in Chicago a decade or more before. The closest Taj Mahal comes to anything that has an obvious genesis in the 1960s is 'E Z Rider', which has a couple of chord changes in the turnaround that Jimmy Rodgers probably wouldn't have put together; and the Sleepy John Estes number 'Diving Duck' gets the same hard-hitting, funky treatment that would come to characterise the best-known version of Albert King's seminal 'Born Under a Bad Sign'.

There's space for one more, and perhaps the most important, song on the album. Mahal stretches out 'The Celebrated Walkin' Blues' to almost nine minutes long, building a slow song slowly. In doing so, room is provided for some dirty slide guitar, keening harmonica and a mandolin counterpoint that serves to remind the listener that blues may live in the city but was born in the country. It lollops along methodically, hypnotically, voice and instruments weaving in and out of the unceasing plod of the bass and drums. It's masterful in its simplicity and stateliness, and served notice on all the British guys trying to sound like Jeff Beck or Alvin Lee. It says: this is the blues served neat, and you boys aren't getting close. I love it.

Later on the scholar and restless spirit that is Taj Mahal would seek out common threads between African-American folk cultures and those of both sub-Saharan Africa and Hawaii, recording some of the most startling collaborations I've been privileged to hear. And it's all there - even when he's rocking out in Zanzibar or Honolulu, that blues root that is so firmly delineated on Taj Mahal is always pulsing away in the background. To the novice Taj Mahal listener: start here, push forward and, as the man himself does, keep pushing - you'll be rewarded.
Posted by AC at 15:13