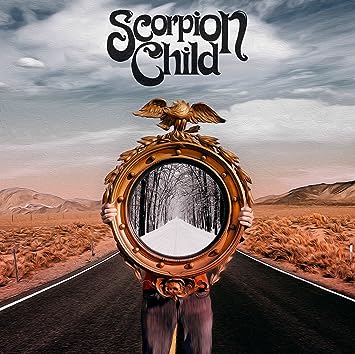 Provenance: Another overheated review by Classic Rock magazine led me to making this purchase.

Review: There's a reason why, when my Classic Rock subscription lapsed last month, I haven't exactly jumped to renew. Whilst the featured articles are pretty good (when they're not 'listicles' - do I really give a fig about the '50 greatest guitar solos in rock history'? The answer is no I don't) the reviews section is full of shit. True, if it weren't for glowing write-ups of early Ultravox or Robin Trower's Go My Way I probably wouldn't have rolled the bones, but for every Ha! Ha! Ha! there's been a We're Here Because We're Here (NB: this corpulent monstrosity of an album garnered a '9/10' review from the pie-dribbler on prog duty that month).

Yet here I am again, failing to learn my lesson. I'm worse than those Sonic the Hedgehog man-children whose entire lives are spent whining about bad computer games on YouTube. At least those fellows possess some kind of fealty, albeit to anthropomorphic road-kill. I have no excuse, my ambivalence towards Classic Rock's reviews section was crystallised many moons ago and yet I still return to drink from the well. And thus, Scorpion Child.

Let's start with their name, as it sets the tone for everything else. Like everything else associated with this band it feels derivative, like a muffled echo of something infinitely better. You can imagine a band called Scorpion Child playing gigs at the local rugby club, and they'll even throw in a Bon Jovi cover just to keep everyone happy. And the songs? They've got names like 'Salvation Slave', 'Liquor', 'In the Arms of Ecstasy', 'Paradigm' and, er, 'Polygon of Eyes'. Aside from that last one (what the hell?) they must've taken all of two freaking minutes to come up with. 'Salvation Slave'?? Puhhh-leazzze. Utterly cringeworthy.

Still, you'll be relieved to know that Scorpion Child, at least on the basis of this self-titled nugget (of what, you may ask) do indeed sound like a competent bar band who have struck upon the idea of "playing badass hard rock, like Led Zep or Deep Purple, but with a modern twist", the latter meaning that the production is loud and clippy. Scorpion Child is a bunch of riffs bolted together underneath the interminable wailing of a guy who, one suspects, imagines himself to be a latter day Glenn Hughes, albeit if the Voice of Rock possessed an irritating Roger Chapman bleat to his vibrato and also sucked a bit.

Don't misunderstand me, these guys can play. They're perfectly adept at playing riffy heavy rock, and I'm sure they'd be fine as the backdrop to a few cold ones. A bit sluggish, a tad pedestrian in places, rather too familiar overall, but it's fine. It's fine. And that's the problem. Nothing grates on me more, musically speaking, than bang average. I've got time for virtuosity, I love a glorious failure, god knows I love a trier; and by all means, do something creepy and weird in your basement, I'll lap it up. But if there's no craft, no spark, no inspiration (in whatever form that might take) then I struggle to maintain interest. The guys in Scorpion Child are no doubt committed and passionate about what they do, yet I can't help but feel that instead of a fire-breathing demon of an album, they've created a facsimile of one.

Stale, predictable and one-pace - all words you can use to describe my blog, but applicable to this album too. And yet whilst I struggle to delineate any real plus points (I guess the Geddy Lee impression on 'Antioch' is pretty good), there are others who really dig what Scorpion Child are serving up. Like, really dig it. Good for them, but not really my cup o' char, I'm afraid.
Posted by AC at 11:33