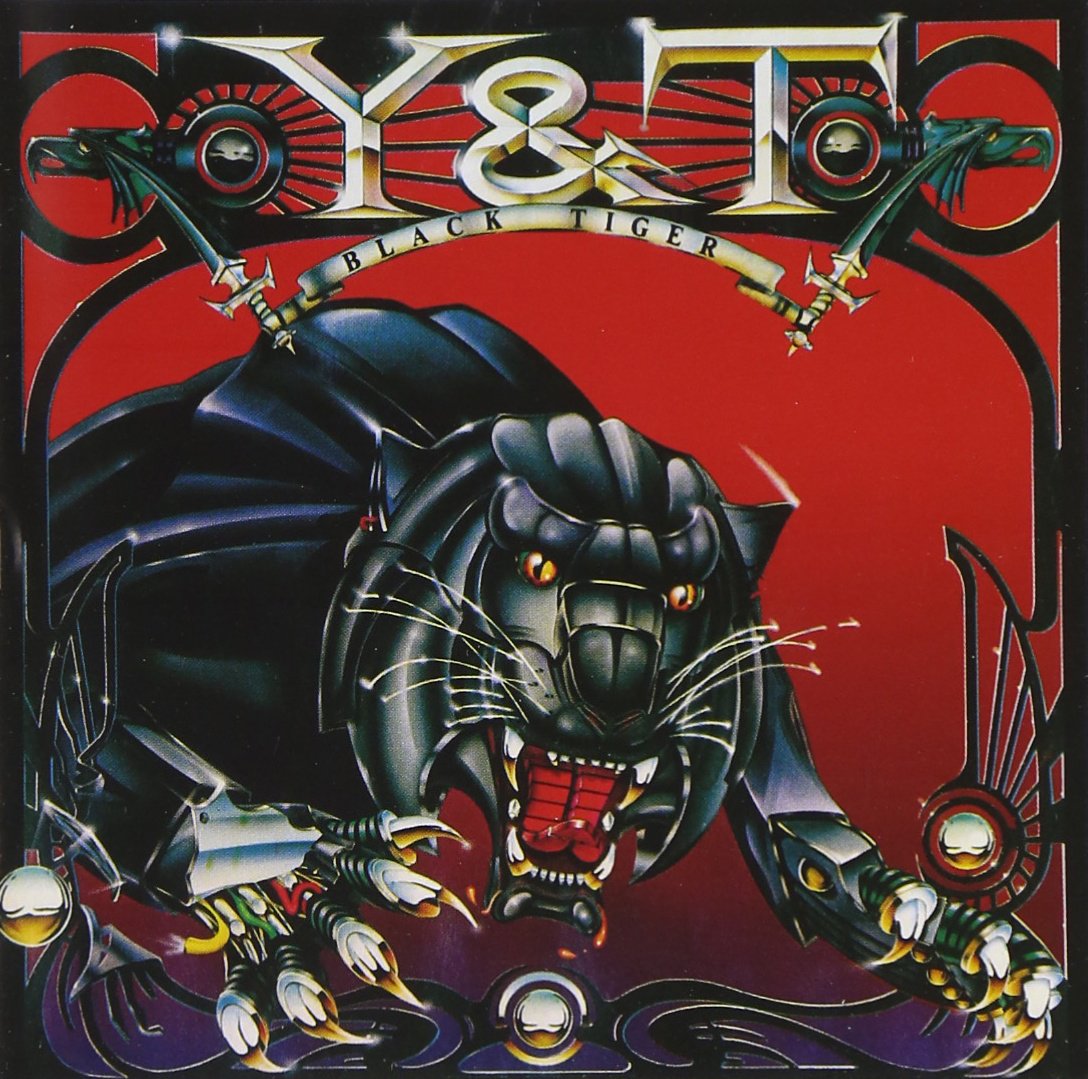 Provenance: It's May 2003, my brother and I are at the Monsters of Rock concert at the Bournemouth International Centre. Headlining is Whitesnake, Gary Moore is also there with his power trio but the first band on is a bit of a mystery to us. Who are Y&T? Neither of us were even alive the last time they had played in the UK.

Suffice to say that Y&T answered the 'who' question emphatically with a blistering set. During 'Open Fire' I recall turning to my brother and seeing him give a little nod and a smile. I nodded back. No words needed. We both knew it meant that these hombres were the real deal.

Thirteen years later I'm about to go and see Y&T play in London for what is maybe the tenth time, spread out over three countries, taking in festival shows and their now-frequent European tours. I go back (dragging along friends and family alike) because not once have they ever put on a bad show. The energy has never dipped. I've seen them play mid-afternoon in bucketing rain (Sweden Rock Festival) and deliver the same performance as they did at my favourite ever Y&T show (since you asked, 2009 at The Brook in Southampton; intimate venue, great sound, vocal crowd and we were right down the front). Go see them if you ever get the chance.

Review: More hard rock bands should do the whole 'bombastic instrumental intro' thing. It worked for Judas Priest on Screaming For Vengeance and it works here on Black Tiger. On record it's pretty cool, but live it's a cue for everyone to lose their shit because they know a) Y&T are about to hit the stage and b) you're about to hear 'Open Fire', one of the great full-tilt hard rockers. Everyone should hear it live at least once in their life.

Y&T began in the mid 1970s but by the time 1982's Black Tiger rolled around they had perfected the sleek, high-energy stadium rock sound that became their calling card. The ace in the hole was frontman Dave Meniketti, a true triple threat as singer, lead guitarist and latterly principal songwriter (all songs on Black Tiger are credited to the four band members). Although a fine vocalist with the ability to holler above the maelstrom of noise, Meniketti is one of the forgotten guitar heroes of the era. Pitched somewhere between the aggression of Riot's Mark Reale and the melodic approach of Journey's Neal Schon, Meniketti's soloing throughout the album is always a joy to behold, by turns lyrical and pyrotechnic.

And then you've got a clutch of songs that could define early 1980s hard rock. Alongside 'Open Fire' there's the grooving 'Don't Wanna Lose', live staple 'Forever', the crunching title track and the anthemic 'My Way Or The Highway'. The cumulative impression is of a band all pulling in the same direction, creating a remarkably balanced and consistent set of songs that could've easily been played front to back in a live setting. Oh yeah, they've also got a ballad called 'Winds Of Change' that's better than the one put out by the Scorpions.

In short, Black Tiger is a very good album. They also play half this stuff live and do it very, very well. As enjoyable as their material is when listened to in private, for me it really comes to life after a few beers in a room full of punters with the amps up high. Yes, another call to go see Y&T live - because if any band deserves your bunce, it's these chaps.

It is slightly sobering to look at the credits and realise that half of the lineup that recorded Black Tiger are no longer with us. Hearing of Phil Kennemore's passing in 2011 was a real shock to me. He had been, alongside Meniketti, an original member and looked every inch the rock star - legs akimbo, shirt unbuttoned to the navel, the man oozed charisma and looked strong as an ox.

Adding to an already crap 2016, last month original tub-thumper Leonard Haze died at the age of 61. I remember him swinging away at the Bournemouth show with fondness, and always appreciated his credits on the Black Tiger album: 'drums, percussion, mayhem'. The best way to remember the man, I should think.

(On a lighter note, I am a fan of non-musical credits. For a very brief moment during my university days I filled in with a black metal band. Their (unlistenable) EP contained the immortal credit of 'keyboards, synthesizers, stewardry of the forest'.)
Posted by AC at 11:39