The Way Out - The Books 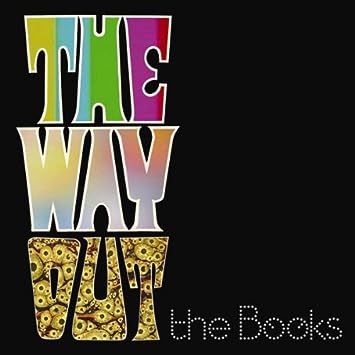 Provenance: This isn't really my album, but my partner's. However, as with all CDs in our dwelling, it has been subsumed into the collection in much the same way as 'the Blob' enveloped a small town in Pennsylvania. That was a good film, wasn't it? Anyway, as such The Way Out has been deemed a legitimate candidate for review on this blog. By that, I mean in essence that I make the rules up as I go along.

Review: Well. I like it. I've never actually listened to this all the way through until I sat down to write this review, but the few preconceptions I had were based around 'A Cold Freezing Night', a track beloved by my partner, which uses snippets of speech between two young siblings, coupled with a weird, slapstick electronica, to create a heightening sense of anxiety and tension.

This approach, it turns out is pretty par for the course - instruments and samples burst from nowhere, odd but never dissonant, and often delightfully surprising. I imagine Nick Zammuto and Paul de Jong have grown exceedingly bored of being called musical magpies, but it's entirely apt. This disparate grab bag of sound is often welded to guitar and drum machine, giving structure to what could be an unholy mess. In fact, through the uncanny mechanics of synthesis, much of The Way Out sounds like companion pieces to the output of other artists, as if their sweepings from the studio floor had been spliced together to make mutant music.

The most obvious comparison with The Books is the Ghost Box record label, whose stock in trade is 'hauntology', whereby a not wholly benign, atavistic past is summoned up through the sampling of documentary, movie and public information film, set to psychedelic electronica. The Ghost Box sound (what a wonderful name for a record label, by the way - don't you think it's brilliantly evocative?) comes very close to being replicated on 'Group Autogenics I', with its soothing, nonsensical self-hypnosis narrative, and 'Chain Of Missing Links'. Oddly, on 'IDKT' I got a strong whiff of Sex And Religion-era Steve Vai, whilst 'All You Need Is A Wall' could've come straight off Feist's Metals album.

Perhaps that's the point. Without speaking to either guy who constituted The Books (they disbanded in 2012), I would guess that there was a conscious effort to make, through a collage technique, something that sounded familiar without being entirely plausible as mere pastiche. At some point, the music becomes wrinkled, twisted; the sonic equivalent of a shirt that doesn't button up properly. All very clever.

But I like The Way Out without loving it. It's difficult to really explain why. Perhaps it's those rare moments where The Books are aiming for beautiful and instead hit pretty. Perhaps it's because it's just a smidge too self-consciously odd, a somewhat studied exercise in the bizarre. Contrast that with a Daniel Johnston, Wesley Willis or even a Captain Beefheart, from whom weirdness gushes forth as naturally as water from a spigot. Maybe it's just that I get a sneaking sensation that The Way Out is little more than a hauntological re-remembering of White Noise's groundbreaking 1969 album An Electric Storm, which feels simultaneously like a monstrous slur yet not inaccurate.

I want to listen to it again, though. And possibly again after that. Dark room, lava lamp, headphones, The Way Out - an agreeable way to enrich an hour of my existence.
Posted by AC at 12:02