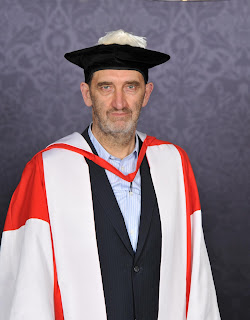 I have recently been down with covid. Big whoop, I'm hardly unique in that regard. I am double-jabbed and boosted but still had to endure a few days of true discomfort and a post-virus honeymoon comparable to jet-lag. I'm fine now, thanks.
In the throes of the illness, however, I couldn't do very much past lie on my bed, or if I fancied a change of scenery, lie on my sofa. Unable to even contemplate anything half as interactive as a video game or playing an instrument, one Friday night I meekly submitted to whatever was on television - the best option being a rerun of Top of the Pops from 1992.
And sandwiched between Def Leppard and Wet Wet Wet, I experienced something quite remarkable - Jimmy Nail performing eventual number one smash, 'Ain't No Doubt'.
I am aware of Jimmy Nail's musical career, despite being more familiar with his acting (by which I mean I used to watch Auf Wiedersehen, Pet). I reckon most people my age and above could probably croon the chorus to 'Crocodile Shoes' ("shoo-oo-ooes"), plus I have a foggy memory of Nail serenading starters of a distance race, probably the Great North Run, with his tune 'Running Man'. I can neither find footage nor even reference to this ever taking place, but I did find out that Nail took on the half-marathon run himself in 2006. Celebrity participants for that year's edition included, per The Northern Echo, "Carol Vorderman, Amanda Burton [...] and Chris Tarrant's estranged wife, Ingrid." I also found a blogpost that discusses the plausibility of Jimmy Savile's marathon times, as well as this incredible photo: 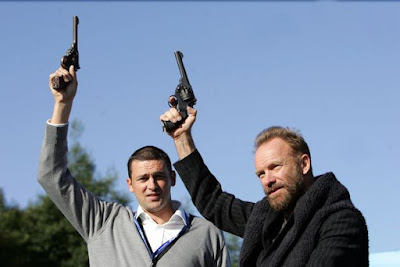 For the uninitiated, that's then-England right-arm fast bowler Steve Harmison and Sting, either starting the Great North Run or recreating their favourite scenes from Barry Lyndon. Sting looks downright buccaneering, no? Harmy, meanwhile, looks like he's been dressed by his mum for his first day at big boy school.
I'm straying wildly off course, so let's bring this back to Jimmy Nail's 1992 Top of the Pops performance of 'Ain't No Doubt'. Let's have a look, shall we?
I'm hardly a clotheshorse myself, yet I feel compelled to comment upon matters sartorial (again). For his big night out Nail offsets a fairly elegant - but quite large, as was de rigueur - suit with a shirt that appears to be a tribute to the oeuvre of Piet Mondrian. Nail is otherwise Nail, not quite the gargoyle he's oft been made out to be, and in fact quite redolent of then-Arsenal skipper Tony Adams. Handsome, in a craggy way.
I reckon Nail and his duettist (Sylvia Mason-James) are performing live as I can actually hear the sprechgesang verses clearly, as opposed to the darkly-muttered imprecations of the studio version. Nail also tones down the Midlantic accent adopted on the record without quite reverting to his native Geordie. Affecting an American twang has long been a facet of pop, but half this song is 'talked' and the execution thus sounds deeply weird.
'Ain't No Doubt' also seems to be three songs in one - the faintly housey keyboards and talked verses are bargain basement Frankie Knuckles, there's some rather melodic R&B in the bridge, and the chorus is a weird hybrid all of its own. Pitched halfway between a US military drill chant and the kind of gang-vocal detonation employed by the Backstreet Boys or N'Sync, it's devastatingly effective. The image of a middle-aged Jimmy Nail, Mondrian shirt and all, poppin' and lockin' at the head of a troupe of tracksuited teenyboppers briefly flashed through my mind.
Never mind, because Nail's ultra-low energy performance is still utterly compelling. I've expended more puff doing up my shoelaces. Still, the bit at 0.27 where he mimes his paramour's heart "walking down the street" by waggling his fingers made me snicker; and I was rolling about at 1.27 when Nail prompts Mason-James that her part is coming up like he's signalling for a goal kick: 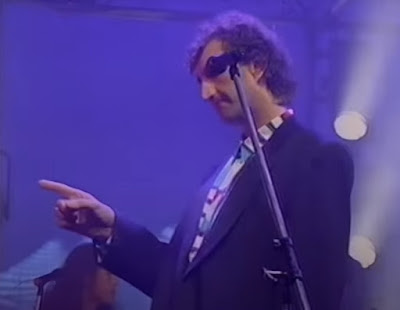 But please, go back and watch this moment if you haven't done so already; the incredibly awkward body language is even funnier than the static image when seen in context. All this, incidentally, whilst a brass section duck and swoop in the background with a display of kineticism better suited to a Bruno Mars concert.
Yet, when the dust settles at the end of the year and Spotify reveals my 'most played', there's a chance that 'Ain't No Doubt' will be top ten. Here's why - Nail actually has a great voice that's perfectly suited to the track; the chorus is a proper blockbuster; the bass line that the music rides atop is superb; and overall, it's one of those songs that gnaws and nags due to that supreme attribute of good pop, catchiness. I've found myself humming 'Ain't No Doubt' in idle moments many times over this past week. If you've given the video a couple of spins perhaps you will, too...
Posted by AC at 11:00